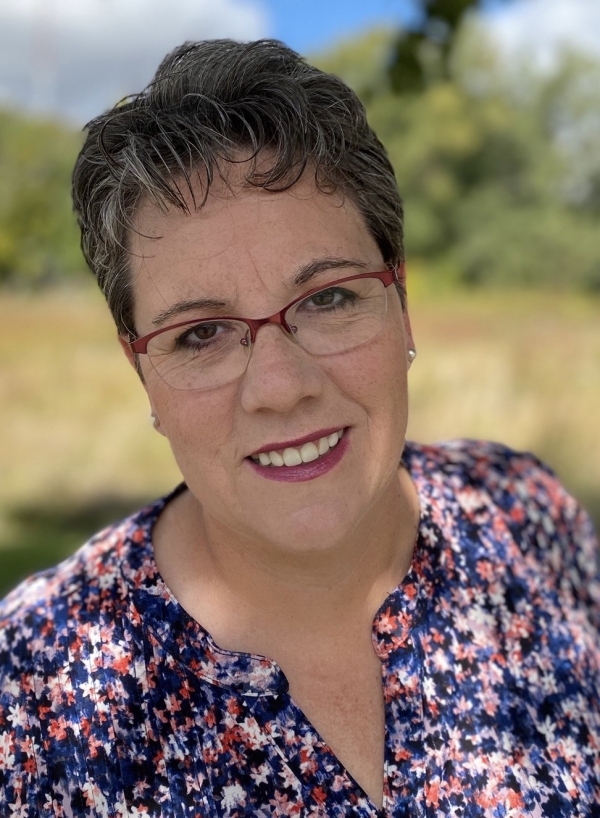 The night before I started Online Finding You, an Evoke Therapy Intensive, I hardly slept. I deeply feared being vulnerable with a group of strangers and possibly facing their rejection. I worried they would think something was wrong with me or with my feelings about what happened to me. What I learned there is that each member of the group is doing the same growing alongside you over the three days. Nobody is in your row, but you're all in the same garden. Ultimately, I might not have had the exact experience as another participant, but I sure could relate to the emotions they felt. And that’s what made it feel so safe for all of us.

Once I logged on, the staff focused completely on meeting me right where I was in my emotions and in my therapy journey. For some of my group members, it was their first foray into any kind of retreat/seminar but for others, including myself, it was just a continuation of work we were already doing at home with our own therapists or in concert with children in treatment. The language of an Intensive sounds just like one of the Evoke podcasts, the therapists talk a great deal about how all your feelings are welcome.

What?? Where in the world does that happen?? Welcoming is so much more than being non-judgmental. They held space for me just to be where I was. They accepted and honored me for all the dings and dents that got me there without needing to try to “fix” me.

That welcoming of all my thoughts and emotions created connection. I felt safe. It told me that the group understood that I was scared. That they knew I felt ashamed and that they could listen to me anyway. No one was going to run from the room, screaming in horror at anything I said mostly because everyone could relate to how I was feeling. Shame is a prison, sometimes, and being in this kind of sacred space offered me a moment in the sunlight, where I could be free of it all and just be me. I got to let go of all the "shoulds" and "musts" and just authentically feel my feelings without filtering them to protect myself or anyone else.

The philosophy of welcoming is simple, which is probably what is so mystical about it. The staff merely sought to “find” me and help me find me. They held space for me as I unraveled the history of how I became who I am and allowed me to reexamine a lot of the beliefs I created from those experiences. There is no set agenda or group goal--the sessions were whatever we needed them to be. The therapists didn’t need for us to show up a certain way so that they could feel validated. There was no pressure to work on any one specific aspect of our lives. A few of us even found ourselves surprised about what came up for us in the process.

For me, for example, as a kid growing up, I often felt like I was in my mother’s shadow. She was a community college president and was very well-known in our little town of 40,000. I could not even order a pizza without someone asking me if I was related to her.

Because my mother was so prominent in the community, she had a multitude of demands on her time and I often did not have her attention and affection. Here is the heartbreaking part of that story that was sloshing around in my subconscious: I believed there was something inherently unlovable about me because of her limited time.

The gift I got in this Intensive was to mentally travel back in time as my adult self, who is now a mother as well. I got to imagine sitting with young me and being that ally that she really needed. I was able to reassure her that there is just no damn way any child does anything that makes them inherently unlovable. Ridiculous, sure. Pain in the tookus? You betcha, but never, ever unlovable.

The themes that came up from my sharing showed that I became this nurturing, warm, affectionate mother as an adult and that what young me needed was a dose of that energy, some re-mothering.

Days later, I was walking my dog and I decided to mentally revisit teenage me, another time in my life when I felt abandoned and alone. I was able to imagine visiting her and just listening to what she had to say, knowing that all that she really needed was to be heard and supported unconditionally. Who better to do that than grown up me? I also was able to tell her that things turned out and that we made it out alive. At one point, I invited her in for a hug and she essentially folded up into the fetal position in my lap because she needed that so very badly. What blew me away after that visualization was that I felt free to invite her to play. There were some gymnastics activities that teenage me had always wanted to try but never could because they required two people…so we did them! To interact with teenage me, to give her love and joy, was a gift that originated from this Intensive work.

What made the Intensive experience all the more meaningful is that I shared it with a small group of participants and got the chance to hold space for them to process their pasts as well. My tear ducts ached by the time the three days were over, not because I personally had so much pain, but more because I was able to witness the sharing and sense of soul renewal for the other five people in my group. Shedding 40 years of emotional baggage that was created by my six-year-old brain was not necessarily what I thought would happen when I logged on to my Intensive. But that’s exactly what transpired. Finding You was an incredible opportunity to do my own work and to genuinely heal.