How Granola Bars Taught Me Connection 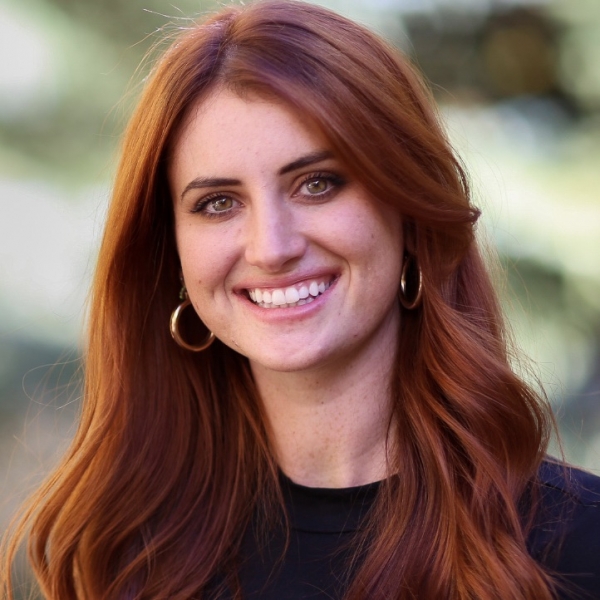 Much of what I have learned about the work I do everyday holding space for parents regarding their struggling kids came from my experience working at a residential treatment center (RTC) for adolescent girls. I, myself, am not a parent , but through this job I got the opportunity to experience what it’s like to be around, engage with, set boundaries with, and love teenage girls in a highly intense environment.

I look back on my early years as a "youth mentor," as we were called, and shudder at some of the attempts I made to reach these girls. Fortunately, I grew up in the treatment world and my father made sure I understood that no one who found themselves in treatment was bad or broken, and just as certainly no one working at these places was exempt from the same kind of struggles. Even with this foundation, I found myself reluctant to relate to the girls I worked with and instead I looked for openings to share insight or help change their perspective. Even writing this blog now, I cringe when I think about the level of condescension in that approach.

I remember one particular moment where this crystallized for me. For this story I’ll need to share the context of working at an RTC that perhaps other people in the field can relate to. Often, there are rules in place that are relayed to new staff without much explanation, and although I have faith that these rules do come from a logical and helpful place, many of the staff left to enforce them are not privy to those reasons. For this example, the rule in question was regarding snacks the students were allowed to have at snack time. There was a morning snack between breakfast and lunch, and an evening snack between lunch and dinner. For whatever reason, there was a rule that the students could only eat a granola bar for the morning snack, and not the evening snack. To be clear, I had no idea where this rule came from or why it was important, yet it was part of my job to uphold it. Like many other boundaries, expectations, and rules at an RTC this was met with a fair amount of pushback from the students. I recall having students approach me saying that they didn’t get a granola bar for their breakfast snack, or that they didn’t feel good after eating any other snack available, or that it was their favorite option available. I was presented with a plethora of reasons and excuses for why these students should be allowed to have a granola bar for their evening snack, and, if you know any teenagers you know how dedicated and brilliant they can be in any debate regarding a boundary.

So, in my effort to be a good employee I would make up reasons for why they were not allowed to have a granola bar for the evening snack. I said things like "Well, you’re more likely to leave the wrapper around in the evening and the other snacks don’t have wrappers" or "The sugar content in the granola bar isn’t good to have this late in the day" or even "It makes it hard for the nutritionist to track how many nutrients everyone is getting if you’re allowed to eat them for either snack time." I came up with so many rationales for this boundary, and many of which made absolutely no sense and created a very frustrating and confusing exchange for the students.

However, one day this shifted dramatically for me. I was working with one of my favorite co-workers who was hired several months after me. I was supervising a few girls teach a new student how to crochet one evening when I heard another student approach my co-worker with the evening-granola-bar-snack grievance. This student persuasively pled her case for why she needed a granola bar for the evening snack, and my fellow youth mentor told her that he would not be able to accommodate this request. The student responded with a stereotypically impressive argument to which my co-worker responded:

"I know, it seems like a dumb rule, I have no idea why it exists, and I would be pretty upset too if I couldn’t have the snack I want."

Such a simple response, and yet I was stunned.

In that moment, I realized a few things. It was clear to me just how disconnected I had been in my role. My need to be the "good employee" and "insightful youth mentor" caused me to be defensive about a boundary that I personally had no connection to. I thought it was my job to convince these girls that it was in their best interest, or that it made sense, because I was too insecure to sit with the fact that it was a confusing and upsetting reality for them. I was fully missing an opportunity to relate to them. I also realized a superpower in my co-worker’s response. He was allowed to be unsure, even wrong, and still uphold a boundary? He could empathize and understand her experience and still not give in to her request? I had never considered that I didn’t need to defend and provide evidence for my boundaries and their appropriateness in order to be valid in adhering to them. I had operated under the belief that I needed to convince others that my boundaries made sense, that I was on the "right" side of the issue. I now understand how imposing this approach is on another’s experience and right to have a negative response to my boundaries. And, if I was honest with myself, I could relate to most of their complaints! I was incredibly humbled at the recognition that I had been acting as if their resistance was evidence of a lack of understanding, wisdom, maturity, or respect. When in reality, it was something I could completely relate to without jeopardizing my right to maintain the boundary.

As I work with couples and parents I offer this story as an example of what it looks like to present a boundary while respecting another’s response to it. Very often, when a boundary of ours is met with anger, frustration, confusion, or sadness we respond with explanations, justifications, or other defensive positions to argue our validity. The truth is, we don’t need our boundary to make sense in order to uphold it. In fact, when we offer these defensive responses, we are essentially asking the other to agree with us so that we don’t have to follow through with the boundary. Because if my child or my partner understands that this boundary is "right" then I don’t have to risk any consequence because they wouldn’t cross the boundary. While this would be an easier dynamic to live within, it doesn’t allow space for an "other" in my relationships. It is my continued work to be clear with presenting my boundaries, and allow the people in my life to have their responses to them. I invite others to practice relating to the pushback they receive when presenting a boundary, and to experience connection without the need to be "right" in these conversations.

So relate this this Emma. Thank you.

Dear Emma. Love this story and the way you write about it. It makes me smile and helps me think. I think what I struggle with in setting my own boundaries with my daughter is that I am the rule maker. So it is not an institution that stupidly says no granola bars in the evening, it is me. And if I do not see this as a logical rule, should the rule not be recinded? This gets me into a cycle of questioning my boundaries -- do they make sense? Are they justifiable? etc.