We Can Do (the Right) Hard Things 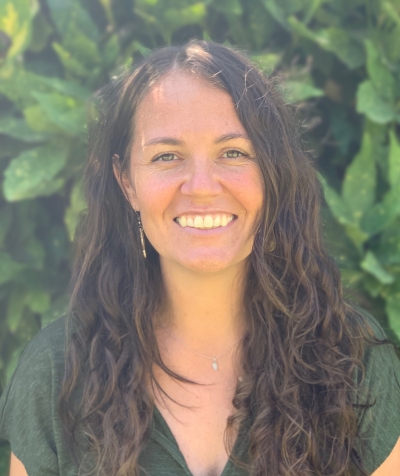 When my daughter was eight years old she asked to be signed up for city league basketball. I signed her up, and bought her some sweet basketball shoes and a jersey. I was excited to watch her bouncy brown pony tail move up and down the court, and to see her try a new sport. After the first two games, it was clear that she hated it. Hated it. She begged to quit, and I responded with one of my favorite "Mom-isms" at the time. “We can do hard things!” I pushed her to each game, where she would sit on the bench in sadness, and what I know now as anxiety.

At the time I thought I was teaching her how to be a team player, how to not quit, how to show up, how to have integrity. And, honestly there was a piece of me that wanted to be right, and also wanted to preserve and prove that we as a family did not “quit.” Prove this to who? I am not sure. Perhaps my ego was winning all the shots.

As my daughter grew into a teen, I would often use “We can do hard things” to push her. To push all of my kids. I cringe as I think about past conversations, about how many “We don’t quit. Never give up” talks I gave around this topic. Not because these weren’t filled with good intentions, rather they were filled with more than that. Fear, worry, hope. All things. My own wounds included. At times I am sure it minimized emotions, instead of validated them. What we know now, right?

When my daughter was 16 years old, she started a new job. For a young teen struggling with anxiety, it was a lot to take on. It was a hard job, that really was not suited for her. After a particular work shift, she came home, balled up in her room, and sobbed. I encouraged her to think about finding something different. To quit. Her anxiety ramped up at this thought. She questioned. How could she quit? In this family we weren’t quitters, and “we did hard things!” My heart shattered. The little basketball girl had learned something from her Mom. And, it was not what was intended.

We do hard things.

We do. All of us. And in this moment, I chose to change this Mom-ism I toted around for a long, long time to, “We can do (the right) hard thing.” Sometimes that means quitting. In the book The Journey of the Heroic Parent, Dr. Brad Reedy shares the idea that enlightened people fail. They drop out. They quit, surrender, wait, give in, rest, leave, and more.

Sometimes, I explained to my daughter with this new way of thinking, “We can do hard things” includes quitting. The only person who truly knows what the right hard thing is, is her. She relaxed immediately with this idea. We talked about the saying, and I shared with her how we were going to change it. The meaning and the wording. The Right Hard Thing included taking care of herself, her mental health, her dreams, her overall well-being. She quit the next day, and had my full support.

I think often as parents one of the most difficult decisions we can make, is placing our child in treatment. “We can do (the right) hard things.” Right?

Will it feel right? Maybe. Will we be right? We can’t say for certain. And, that’s not the purpose. To be right. What we do know though, is that it can be the right hard thing for us, as the parent. It can be that we need the support to help our kids find health again. It can be that we have exhausted every opportunity to help our child, and that we have been in the game for so long, the bench seat is calling to us. Placing your child isn’t failing them. It’s surrendering, slowing down, regulating, pausing. It can be choosing to sit on the bench, so your child can get into their game.

Now, when my kids are going through hard stuff, here is a shift in my Mom-isms. They are still alive and well, just ask them. Yet, they are given in a different spirit. They are given after I hear about the hard thing, and how it is affecting them. Now when I say, “We can do the right hard thing,” it lands different. It means something different. What it means now is, they get to decide, and I get to support them in that. In their growth. Even if that means they fail. Even if they quit the basketball team.