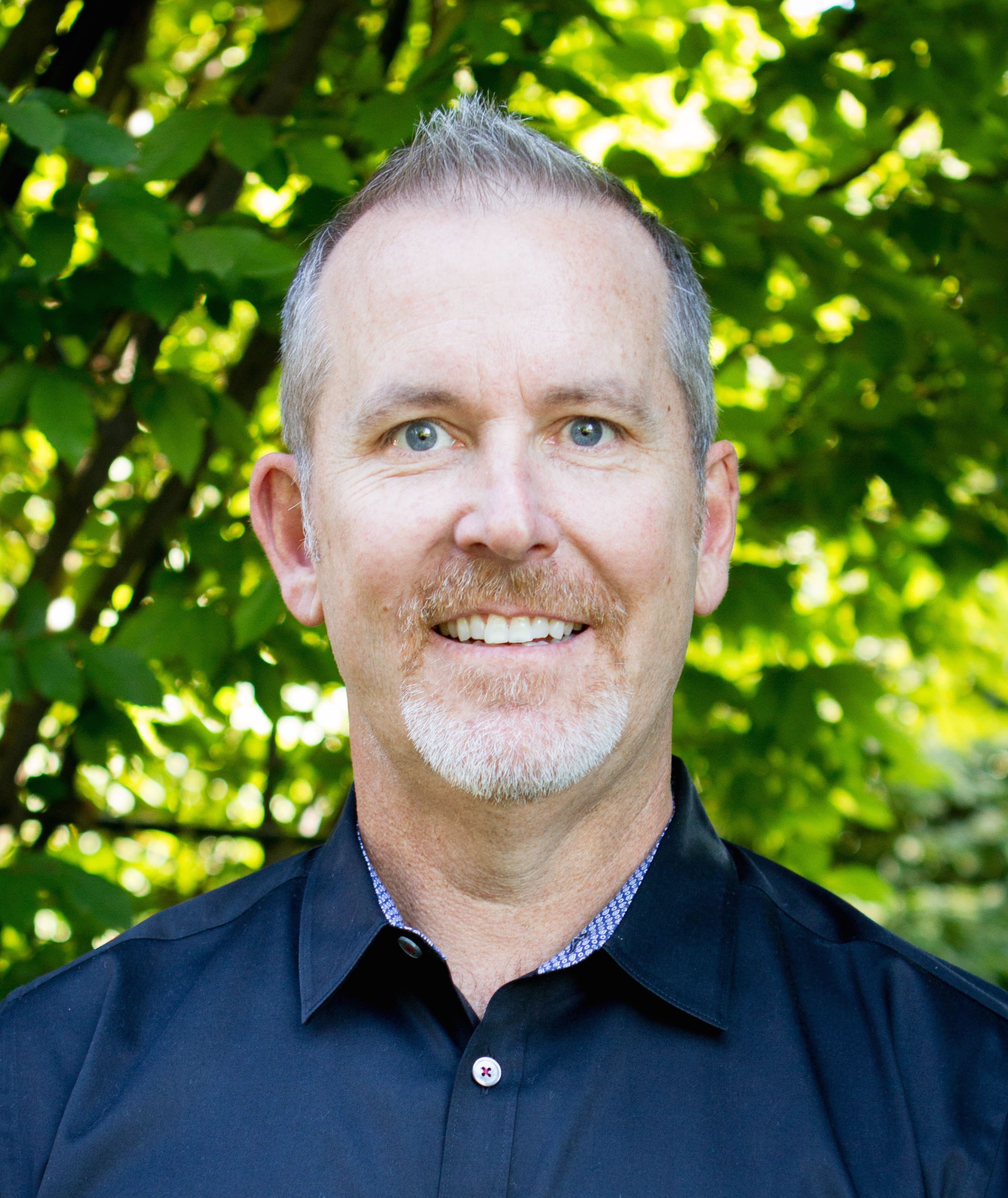 Now that you have decided on the need for wilderness therapy, how do you make it happen? As evidenced by their need for a therapeutic placement, the ability of your child to make healthy decisions is lacking. If your child is at a point where they need such an intervention, it is often the case that they are not willing to dialogue or more importantly, cooperate with you about boundaries, interventions, therapy and most especially, wilderness therapy.

In the early days of wilderness therapy and therapeutic placement, it was not uncommon for parents to lie to their children to facilitate getting the child to treatment. Parents would tell their child they were going on “vacation” or perhaps for an interview or assessment, only to turn them over to a program; doing so created a path of least resistance for the parents. While this was effective in the short-term at initiating the wilderness treatment, thankfully, the process has progressed since then.

More common today is the practice of “selling” the child on the idea of attending wilderness. It is important that no matter what the parents says or how much information they give their child - even when parents enter into dialogue or negotiation with their child, providing a significant amount of objective and straightforward information - the child often struggles to adjust to the reality of the experience once enrolled. Upon enrollment, common responses might include, “This is not what I thought it was going to be like,” or “I chose to come here and now I can choose to leave,” and “This is not what my parents told me it was going to be like. And if they knew what it was like, they would want me to leave.”

Another strategy is that parents weather the straightforward battle of transporting themselves, which can often lead to arguments, verbal attacks, attempts to run, black-mail, property damage, and “I hate you’s”. This approach may result in getting the child to the program, but often leaves parents and the child hurt, regretful, exhausted and full of anguish. Not to mention, many children either threaten to run away or actually do run away when told of the parents’ plan for placement, requiring the parent to commit to “no placement” so the child will be willing to return home. This is a dangerous cycle that allows the child to entrench deeper in their negative behaviors and maladaptive coping skills, and further restricts the parents’ emotional repertoire.

What is the other alternative? My response: “A reputable transport company can help you with this step.” Many parents are shocked, aghast at the thought of such an intrusive idea. The fear that their child will feel betrayed, or traumatized by this method is often very powerful.

Often, my first response is to acknowledge the betrayal. In essence, it is a betrayal. It is a betrayal of the former implicit understanding by a child that the parent will not do anything without the tacit approval of the child. You are betraying the child’s misguided belief and experience that “they are co-parents,” equal in the democracy with the parents. Importantly, the reorganization and establishment of appropriate boundaries (and hierarchy) is the first movement of the therapeutic intervention. In many cases, when the parent, unilaterally, makes the heartfelt, thoughtful decision to place the child, they powerfully start the therapeutic intervention.

And while the idea of using a transport company may be foreign, it is actually quite professional, respectful and humane. After careful planning and instructions from the transport team, the intervention starts the moment the parent wakes up the child at 5 o’clock am and says to their son/daughter, “We want you to meet a couple of people we trust. They are here because, as your parents, we have made a decision to enroll you in a program in Utah or Oregon because we love you and know this will be good for you and for our entire family. They will be taking you to this program today so that you can get help for your problems. We love you and will be in touch (parents leave room and or house).

Along with this general procedure, some transport companies invite the parents to provide a letter explaining their concerns and intentions for the enrollment in the program. This letter is given to the transport agents to use at their discretion during the transport. These professionals utilize a combination of therapeutic intervention and experience as they confidently facilitate moving the child from the home to the program. Transport professionals are experts in calming, de-escalation techniques. They treat each child with respect, answer questions and safely bring the child to treatment, without the use of intimidation or power struggle. If they encounter a physically resistant adolescent who is becoming a danger to themselves or others or becomes a flight risk, a good transport company will use only non-harmful restraint holds (such as those taught by the Crisis Prevention Institute www.crisisprevention.com). Parents doing their due diligence should check to confirm that a transport company provides proof of professional liability insurance, also that their employees are employees and not simply contracted laborers (this means that the company assumes responsibility for their agents actions and that the agents come under the company’s insurance policy), and that they do reputable background checks on all of their employees. These behaviors among other things will help to demonstrate companies that are committed to providing the best care for your child.

The most important and hopefully comforting truth for parents to hear may be my experience as a field therapist: in most cases, transporting your child to a program using a professional agency accelerates the intervention by 1-2 weeks. In other words, children professionally transported take less time to engage in therapy when compared to children traveling to the program after a long extended battle or negotiation with parents. Non-transported children often need to hear reinforcement of the decision in follow-up letters and communication from parents. Parents must “re-state” the need for the child to complete the program and its emotional curriculum in order for the child to let go of the fantasy of being rescued. This new dynamic takes time to sink in and that adjustment is reduced in cases where a professional transport agency is utilized.

And perhaps just as therapeutically important to rehabilitating the parent-child relationship is the concept of letting your children feel their feelings, even though these undesired feelings may include “angry”, “abandoned”, “betrayed”, “kidnapped,” or “traumatized.” Your job is to listen to them and validate their feelings without requiring consensus or defending yourself. Parents who convince their children to attend Evoke later get complaints from their kids that they feel “lied to” and “tricked.” Even when the parents try to be democratic in getting their children to “sign themselves up” for the program, the family will not be able to escape the fact that their child will likely have negative emotions.

That is the lonely job of parenting.

Attempts to control the child’s feelings or perceptions are telltale signs of an unhealthy and unsustainable relationship. Paradoxically, the more you try to “sell” them on the idea, the more they tend to dig in. Instead of discussing long-term health and more respectful relationships, the argument becomes a power-struggle where the battlefield is over the right for everyone to feel what they feel and think what they think.

So even though it is a foreign idea for the vast majority of parents (outside of this field of therapeutic placement), my experience tells me transporting is the most humane, powerful, and effective method of enrolling a child in our program. The intervention begins in the home and the parent creates a boundary, essentially sending the message in the most appropriate place that “our home is to be a safe place of love and respect and healthy behavior. Anything less than that will not do for this family.”

Thank you for this blog about utilizing transports. I did not have a bad experience with the transport co. but I wonder if it caused PTSD. The experience was traumatic for myself as well because I felt like I was abandoning my kid. This blog put my decision into perspective and I copied the last statement of your blog so I can always be reminded that I did make a good choice. Thank you for giving me what I need. I am forever a fan of your program and teachings . It's my hope to one day return to Utah, enrol in one of your intensive parent programs, and personally thank you for impacting my life in such a beautiful way. God bless.

Thank you Julie andI would love to have you at an intensive.