Letting the Wilderness Do the Work 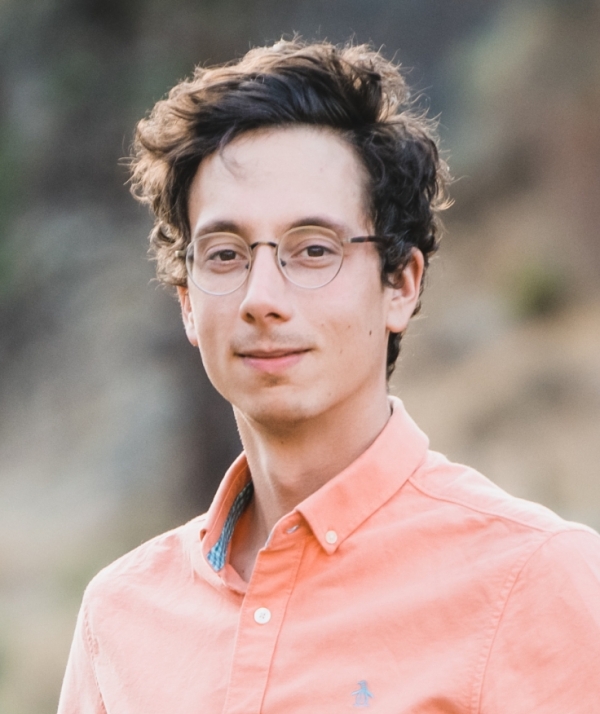 “In the day-to day trenches of adult life, there is actually no such thing as atheism. There is no such thing as not worshipping. Everybody worships. The only choice we get is what to worship.”--David Foster Wallace, This is Water

This is about how the wilderness will surprise you. I’ll be honest: it’s maddening. I’ll talk about a specific week I had while working as a field instructor that has helped to shape who I am and how I think about the world. For me, this story has something to say about the current COVID-19 crisis has well, and I hope it is of some value to readers during this odd, communal sharing of discomfort.

As news rolls out for the pandemic, it seems to me that the day-to-day trenches of adult life have been bleaker, more sharply defined, and darned scary as of late for all of us. I am reminded to become aware of what I worship, to choose what I worship. The overall thesis of the speech I pulled that quote from goes something like this: It’s simple and easy to get “stuck in your ways.” This is the “default setting.” It is simple and easy to spend months, years, and decades devoted to the pursuit of money, beauty, recognition, “being right,” etc., and the truth is you may never be satisfied by its rewards or find yourself able to square them with the costs. In all these doubts, there is but one choice, and that is: choosing how to think.

Before I had any idea I could choose what I worshipped, I worshipped my intellect. If a problem occurred, all I had to do was be smarter than the problem. This was an effective framework for planning the week I mentioned earlier. The group struggled to operate at the basic level, so we’d go back to basics. Hike to a new camp every day. We’d have a metaphor for them to identify with and keep us moving: we were “outlaws” smuggling water to those in need on the other side of the field area, never more than a day ahead of our “pursuers” (dependent, ingeniously, on our ability to clean up after ourselves as a way to “cover our tracks”). We’d live hard lives together, and that would bring us together. And then I could leave the group happy, knowing that I brought them together.

I put in a ton of work, cried when no one was looking, and still had doubts as the week went on. At dinner time on day three, with storm clouds rolling in, one student, Laurence, was a few yards away from the group and yelling at the top of his lungs about how much it sucked. These were not the kinds of challenges I had envisioned in my plan.

Soon, the storm was almost on top of us. Laurence had re-joined the pack. As he spoke, the group nodded their heads in agreement: they, too, were tired. Staff were tired as well. The hikes were long, and we were halfway through the week. My master plan was falling apart. Maybe we could rest a few days and come up with a new plan. In that moment, I felt at a loss. And then thunder cracked overhead.

I am not a parent myself, but I imagine parenting to feel a lot like this moment. I had things I wanted this group to learn. I can trace some of the value I put into these lessons to events and feelings from my own childhood I wished I could rectify. I had good intentions and came up with the best plans I could with what I had. And then, almost in spite of my efforts, things were about to go even more off plan.

When that thunder struck, it was clear that my plans no longer mattered. We had to hike to safer ground, spread out, set up shelters as quickly as possible, and get on our sleeping pads in “lightning position.” As we hiked, the situation kept getting more and more uncomfortable, impossibly so. The rain started coming down. The sun, already in the process of setting, up and quit on us in a hurry. By the time the staff and group were setting up shelters, the lightning was right on top of us. Just a second or two between: flash—boom! The students had been blessed with sunny skies lately and had disassembled some of their shelters. They shouted for staff help to get them together again. Thirty feet away, I shouted back, unable to hear their response.

But then I started to see. Every face I encountered during that storm was one of shock and wonder. Fear and friendliness. Focus. As if everyone was—if you’ll excuse the pun—a lightning rod for the same, impossible, unnamable epiphany. And each face, as we got soaked and yelled at each other and reflexively ducked with each thunderclap, communicated some giddy version of, “Can you believe it?!”

We were having the experience I had wanted all along, one I had done my very best to avoid, prevent, and not even think about until it happened.

I know now that my gut response when encountering something uncomfortable is to move away from it. That is my “default setting.” I doubt I’m alone in that. And one of my beliefs, something I choose to have faith in, is that there is nearly always something good and worthy to find when engaging with discomfort. It’s a big reason why I still love working for this company. I also believe that the uncomfortable things are usually uncomfortable in a surprising way, in an impossible way, and that making it through those things makes us better people.

I’d like to close this with the closing line of the speech I’ve been referencing throughout, because, as much as I understand it, I share the sentiment: “I wish you way more than luck.”