A Staff's Gratitude for Evoke at Entrada 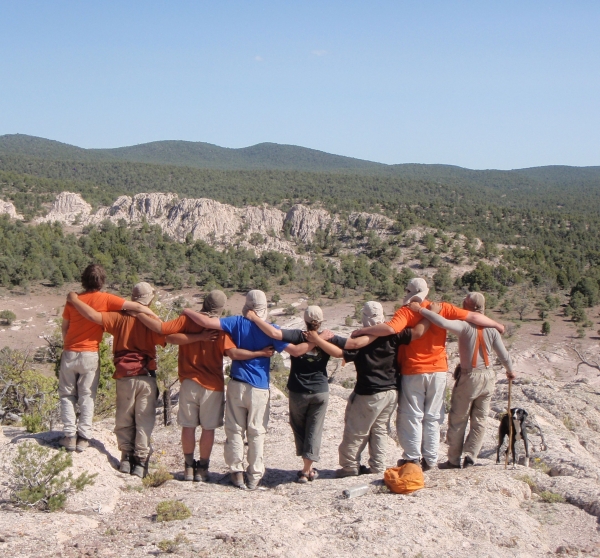 Having recently spent a fair bit of time away from Evoke at Entrada, I've come to realize even more how much I appreciate working here. I realize that the support and appreciation of employees at Entrada is something I've not seen nearly as much in many of the other places I've worked or volunteered.

I live out of my truck, so when I got in a car accident that totaled it, I was given a place to stay and allowed to use a company truck to move my belongings from the wreckage to my storage unit. I've come out of the field on tough weeks (four feet of snow and below zero sorts of weeks) to find pizza as a sign of appreciation for all we do as staff. I've been listened to when I'm struggling, without any fear of how it might be reflecting on my job; when injured in the field I was evacuated quickly and without question, then supported through all the subsequent days until I was able to go back to work. I've been able to make phone calls to my sister on her birthday from the field, and was called to pass on a message when my grandmother was ill, so that I could make the decision to leave the field to go see her—and know that my dog would be taken care of in the meantime. I've had opportunities for continued education paid for and I get to go to free yoga classes—all because of where I work.

Beyond all of that, I have found continuous and caring support in the form of conversations, hugs and laughs. In the years that I have spent at Entrada I have learned and been given so much, and one of the greatest things for me about working here has been that I feel truly valued and appreciated for who I am as a person and what I do out in the field. And in response and appreciation for all that they have given me, I would also like to say thank you. I know that a lot of these things are not required, that they are above and beyond the scope of how many companies treat their employees, and that they're not being done because it makes for better business, but because the people I work for care about the people that work for them.

Thank you so much Rebecca, not just for your words here, but for what you bring to Evoke and the families we serve. The very first thing I learned about wilderness therapy was how amazing the people are who do your job. I hope we, at Evoke, will continue to grow and live up to what you have said here.

I've been through this program and is the best thing that has ever happened to me. The staff are great people who have experienced all sorts of jobs and are know working here to help young adults. also are there to help us on our journey