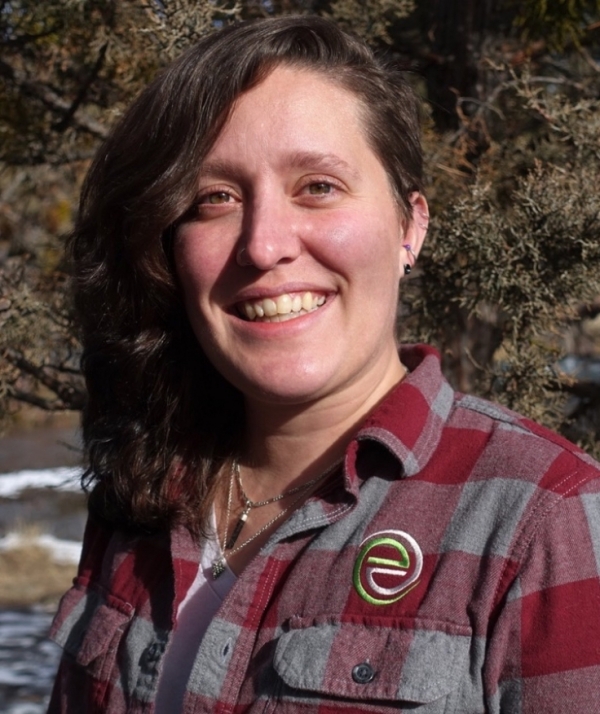 Working from home this year has presented me with multiple opportunities to investigate my relationship with myself. Moving from an office where I would average at least five human interactions an hour, to my kitchen table where human interaction became limited to Zoom boxes and phone calls, I found a huge transformation in how I approached the day. Of course the internet has portrayed this transition through various jokes in videos or memes, but in real life there really was the struggle of what to wear, how early to get up, what does a lunch break look like? Working in mental health, I have always prided myself on my ability to fill my cup when I was at home so that when I walked out the door to be a mental health provider, I was ready to face whatever the day needed of me. Without crossing that threshold, however, I found myself utterly confused at those basic questions.

It took me two weeks to figure out I had to wake up, wash my face, and get dressed as I would if I were going into the office, in order to convince my brain, I was, in fact, at work. It took me a month to realize that I could take a little extra time during a lunch break to make a meal with the food I had and the stove I owned, and that I didn’t have to wait until I was hungry to eat half a bag of Goldfish as if it was all I had to nourish myself. For most of my life I have attributed behavior to a space, such as working in the office, or exercising at a gym. Very quickly, my routine was interrupted by moving all behaviors into my home, which before was just a place for relaxation, cleaning, and meals. My commute was now measured in steps instead of stoplights. My post-work socializing was moved to my phone. Essentially, every single thing I used to do pre-pandemic was possible from my couch. And more importantly, no one could see me doing any of it. 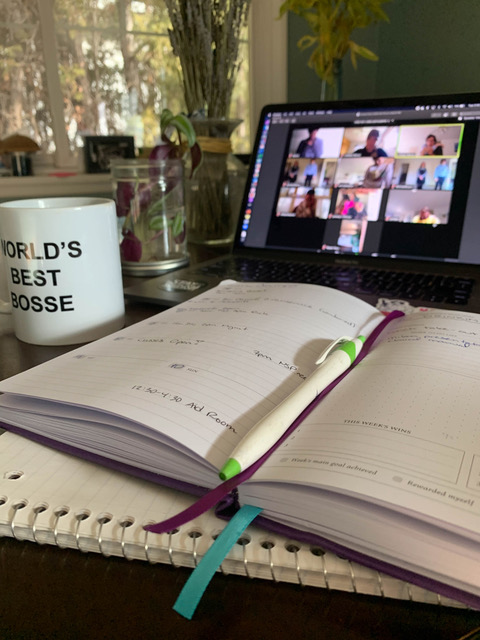 Working from home has perpetually forced me to question my integrity. To me, integrity is how you behave when no one is watching. For someone who struggles with anxiety, this almost had the opposite effect most people might expect. I began overcompensating for the assumption that people might think I was wearing pajama pants to Zoom meetings or making breakfast while on a morning call. This looked like waking up to my email and falling asleep to it. This looked like not working out before work, and not eating lunch. At some point I texted my boss to ask if it was okay if I ran an errand mid-day, almost in the same way I would pop into their office to say, “Hey I’ll be back in a minute,” but with less agency in my decision. I could hear them laughing through the text message response, “Of course.”

There are great perks to working from home, such as being able to change laundry from the washer to the dryer in between emails or being able to sit on your own couch during a quick break. And it has taken me this long to understand ways in which I could balance my professional and personal time within my home space. If I know that self-care is the prerequisite for showing up for others, then I have to be able to apply that regardless of the spaces it happens in. More than ever, I have had to evaluate what self-care looks like to me in a way that makes me feel good. I’ve had to divorce from the performance of self-care as something I could post on social media, because no one wants to see a post of me refilling JetDry in the dishwasher as my pre-work win for the day. Instead of telling my partner what I’ve accomplished at work, I’ve tried to tell them how I filled my own cup and maintained my personal energy throughout yet another day alone at the kitchen table. Instead of using phone calls for business-only conversations, I’ve given myself a few extra minutes to ask my coworkers about their lives and what they’re doing that they like or don’t like in their new routines, as a way of re-establishing that we have bonds beyond the contractual agreement that we all work in wilderness therapy.

In the field, we consistently tell ourselves or each other, “we have time.” This is not a phrase I have repeated to myself outside of the field, until this year. In the last couple of months, reminding myself that I have time to respond with intention to an email or time to think about an issue that needs resolving has often allowed me a better response than if I consistently reacted, as I have done in the past. I have taken on the mantra, I have time, both in response to work and home needs. Truth be told, most household chores take no more than 10 minutes, so if I take 10 minutes to do that chore, and then spend then next two hours on a work project, I have not failed my employer but yet found that balance between filling my cup, and my employer’s. Moving into this new year, and continuing to not quite know what is in store for all of us, my hopes outside my control are that we can all evaluate what integrity looks like to us, not just in how others judge us, but in how we are judging, and caring for, ourselves.