An Empty Chair to Competition 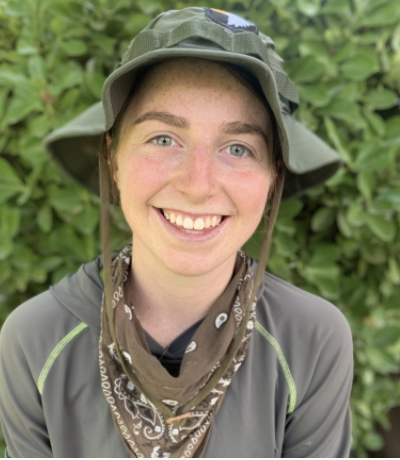 As a field staff, I am honored to witness powerful moments in the wilderness while students explore their therapeutic process. Many times, this exploration occurs through therapeutic assignments colloquially called “yellows.” After a year and a half working in the field, I’ve concluded my favorite yellows are assignments we call Empty Chairs. An Empty Chair is a chance for a student to address a concept or person that has had a significant influence in their life or “process.” I’ve seen Empty Chairs to students’ younger selves, family members, to anger, or school, for example. If this person, concept, or emotion was sitting in front of you in a chair, what would you say to them?

This week in the field, I felt contemplative about my own process as I bore witness to others’. On an hour of personal time, I wrote out an Empty Chair to a particularly significant theme throughout my life: competition. It felt authentic and vulnerable, especially when I called a group to share it. It is in moments like this I burst with gratitude for the sacred space we create in the desert, for the chance to say something out loud that made my heart race. I would like to share what I read, in a letter form:

I’ve decided to write to you in an attempt to sort out our convoluted relationship. You have been a part of my life since I’ve had my first memories. Some of the earliest stories from my life involved playing board games with my family. You were present there, albeit in a benign form. This was the first instance where I can identify your ability to help me forge connection. I strongly believe in playfulness and its power to connect us. Hell, I’ve even had bonding moments with non-humans over tug-of-war, fetch, or chase--all forms of play that have made me feel closer to other creatures. And, you are closely attached to these games, an ever-present motivator to run a little faster, tug a little harder, or strategize a little bit more. Speaking chronologically, you dictated a large part of my relationship with my older brother. Many of my years from ages six to 13 are imprinted with memories of me, him, and you. Whether it was basketball, school, Mario Kart, Ping Pong, Ripsticking, racing, pushups, or mini games we created in the backseat of the car, it was us three most of the time.

Highly intelligent, authentic, and charismatic, I saw my brother as a role model of how to go through life. That’s when you got in my ear. You pushed the limits of admiration. I didn’t just want to respect my brother from afar, I wanted to do what he did, and I wanted to do it better. Specifically in school and sports, you pushed me to constantly strive for more. For that, I want to express gratitude. When I look back on my life and what I’ve achieved so far, I’m very proud. I could not have done this without your constant guidance.

At the same time, I also recognize when my relationship with you hasn’t been the most pleasant of experiences. You’ve probably heard this before, Competition, but you are a very manipulative and addictive force. From ages six to 22, every single opportunity I’ve had to “make a wish” (on 11/11, blowing out birthday candles, seeing a shooting star, or finding an eyelash) I wished to win. Specifically, a National Championship, but that’s beside the point. I say this to show you how overcome I was by your influence. When I’m wrapped up with you, relationships are secondary to the feeling of besting someone else, being on top. This meant yelling matches with my brother, doing rude outlandish things to friends, and sometimes taking recreational fun too far. For example, during busting time yesterday when I felt an impulse to pour water on a fellow staff’s nest so he wouldn’t get more flames than me on the day. (Yes, I really thought that with you on my shoulder.) You overshadow compassion and unconditional love. With you, I rarely feel satisfied or content. You taught me that after a short-lived high of winning something, there was always another victory to prepare for and strive toward.

It wasn’t until I was in high school and stumbled upon a yoga class that I realized there was an alternative to constantly going, striving, pushing. Yoga and mindfulness introduced the value of just “being.” I started to feel abundance in just showing up as me, without titles or accomplishments. I learned about other cultures and societies where being “the best” wasn’t as valued as being a cohesive unit or being compassionate. These ideas gave strength to methodologies outside of yours.

Now don’t get me wrong, while these ideas are valuable, they are only starting to influence my mindset. I still curse and scream and strive for wins even now, after all formal athletic endeavors are in the past. I still show up fiery with you at the expense of relationships. You cause me deep angst, processing, and at times, regret. Along with pride, triumph, connection, respect, and laughter. I don’t want you out of my life, and I’d be remiss if I didn’t mention the ways you tarnish it. This feels like the tip of the iceberg, and maybe later I’ll dive deeper. For now, I hope you hear these words in the name of something you may find unfamiliar: collaboration. Maybe you and I can work a balance out on the same team.

I look forward to exploring my relationship with competition through more therapeutic modalities like this one, role-modeled by the students.