Too Old For Wilderness Therapy?

A friend of mine named Bill just turned 90, and the one thing he wrote to me at the beginning of his note was “I’m still hiking.” Bill has hiked all over the world, done some crazy routes, bagged dozens of peaks with a pack on his back, and been on adventures with some of the legends in mountaineering. He’s a great role model. I started backpacking professionally at an age when most people have hung up their packs to gather dust. It’s curious to me how many people tend to limit their lives and experiences by age or other artificial categories.

Traditionally wilderness therapy has been for adolescents and later on young adults between 18 and 24. This past couple of years I have had a larger number of older adults coming to Evoke than ever before. Women and men from their late 20’s to late 30’s are signing up looking for something different. There are a variety of reasons for this that differ from younger clients. Substance abuse still plays a large role, but so does trauma, significant life events like divorce, the loss of a job, a dead-end career, or in some cases people who have never gotten traction and who feel directionless and lost. Most of these people have been in some kind of treatment before and are looking for something different, something beyond just talk therapy and medications. 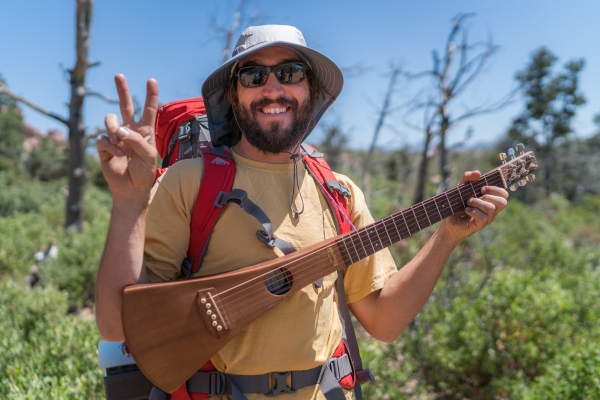 A recent census statistic in the December 17th issue of Time magazine stated that 47% of New Jersey residents from the ages of 18-34 live with their parents. Even accounting for college students and the 18 to 22-year-old crowd, this represents a startling number of young people who have not stepped into autonomous roles in their lives. There appears to be a major sociological shift in this demographic. This is compounded by the changing economic environment driven by technology and the consolidation of many industries. To paraphrase Malcolm Gladwell in David and Goliath, there seems to be a lot of little fish in a big pond, but these fish want to stay in the shallows. It appears safer closer to shore.

What happens in wilderness? First, there is a time away from the overwhelming noise of the wired world. There is time to think without having to check an Instagram or Twitter feed. There are not 37 text messages, viral videos, or personal communications devices pinging, vibrating, or distracting. There is the sound of the wind and the time to consider one’s place in the world. Yesterday, in a group, several of the participants mentioned the stress of not being able to maintain their online presence and the corresponding freedom that was felt by not being able to find out. Digital detox is the term for separating from the noise.

Then there is the experience of being able to do something difficult, building resilience, and ultimately thriving. This past year, a 34-year-old client told me that his favorite day was in a storm where he recognized that he was safe, warm, and competent. “It was beautiful to observe the dramatic sky and know that I don’t need to hide from anything.” Experiential therapy in the form of hiking, primitive fire-making, camp cooking, and shelter building, operates on many levels. There is a sense of physical ability, psychological potential, and social cohesion. In a group of young adults with a wide range of ages, people learn to work and play together and ultimately come to grips with their authentic selves.

The last component of wilderness therapy is this sense of authentic intimacy. The small group dynamic becomes a place to test out your ideas with others intensively. Clients have told me that three weeks in wilderness is like three months of weekly treatment in the front country. Since, group interactions occur all day long, every day, there is no escape from the thing that brought you. One carries it with oneself wherever the group goes. And the group carries it with you. In wilderness, there are a lot of groups, a lot of stories. We learn to share our own stories and also to carry the stories of others. This is an ancient and powerful practice – to tell the old story and shape the new story circled around a fire. The stories continue to unfold no matter what age we are, and it remains valuable to give voice to each of them.