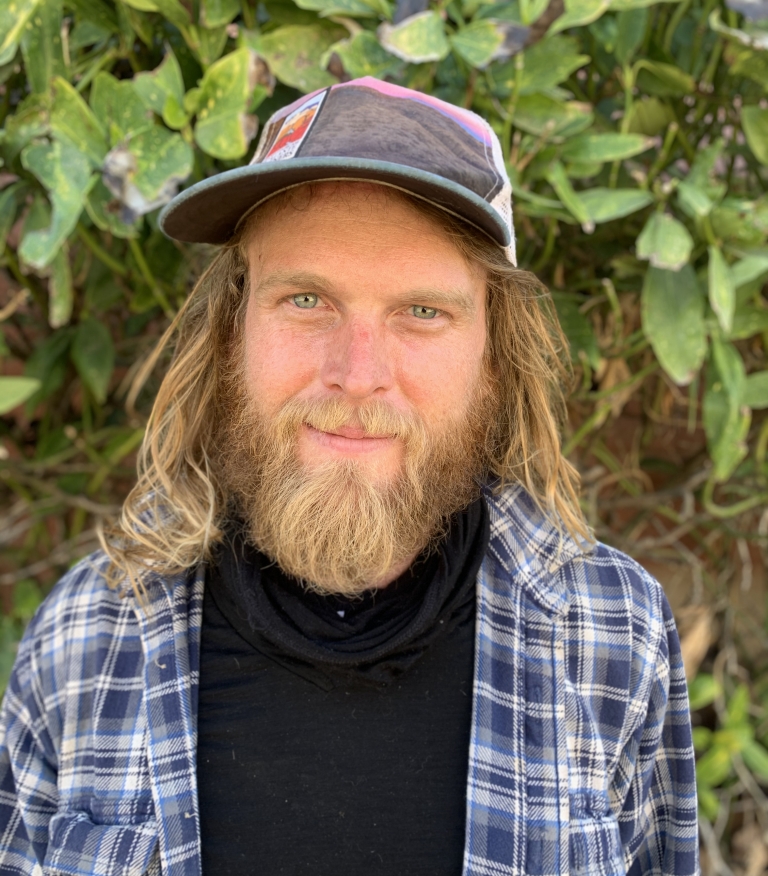 Jace grew up in the suburbs of Salt Lake City and began hunting, fishing, and camping from a young age. He developed a love for the challenge and the beauty that the wilderness held for him. After college he moved away to San Diego for eight years. He then returned to Utah in 2016, where he currently lives in a small ranching town on the edge of stretches of desert and mountain, further developing his deep appreciation for the land and the people of Utah.

Jace was drawn to wilderness therapy after working in and managing kitchens for over a decade. He found out about this job from a friend, an old Evoke employee, and was excited by the opportunity to support clients in developing effective communication skills while honing his own, and fostering clients’ appreciation of the wilderness. His greatest tools to sustain himself during difficult weeks are also his greatest resources that he shares with others. His avid meditation practice translates into mindfulness that he strives to enact and teach; his affinity for music, especially guitar and singing, provides an avenue to get the clients to slow down and temporarily pause any habitual thought patterns, leading to moments of appreciation and wonder. Jace believes in using humor as a way to build relationships, and assertive communication as a way to maintain them. He hopes to offer a calm, positive yet realistic presence that provides those around him with space and support towards self-development.

When he’s home, Jace enjoys exploring the desert and mountains around him, playing music, and spending time with his girlfriend and their two cats Lola and Salsify.